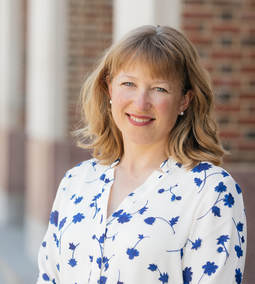 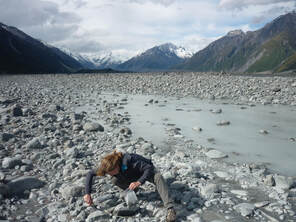 November 2020
Our new paper on New Zealand as a source of dust to the Southern Hemisphere is published in Quaternary Science Reviews! We developed a suite of new Sr-Nd-Pb isotope and major/trace element data to characterize the NZ South Island as a dust source. We also provide new data from several important dust source regions of Australia. Check out the video on the "Multimedia" page to learn more. 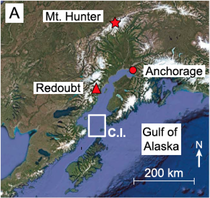 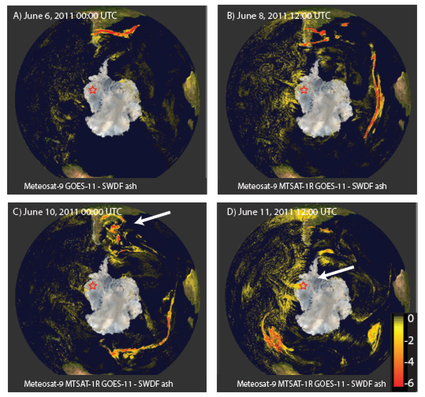 August 2017
My colleagues and I have two new papers out this month. The first, published in Journal of Geoscience Education, describes our approach for incorporating scientific argumentation into a global change course to improve student writing and learning. The second, in Journal of Geophysical Research - Atmospheres, provides evidence of rapid transport of ash and sulfate from the June 2011 eruption of Puyehue-Cordón Caulle (Chile) to West Antarctica. This latter paper developed from Eleanor Dowd's First-Year Women in Science project at Dartmouth. Congratulations on your first paper, Eleanor!


​Composite satellite imagery showing ash produced by the Puyehue-Cordón Caulle eruption, which began 4 June 2011. From Koffman et al., 2017, Journal of Geophysical Research - Atmospheres, doi: 10.1002/2017/JD026893.
March 2017
I just accepted an offer to join the Colby College Geology Department as an Assistant Professor. I'll be starting there in the fall, teaching topics related to paleoclimate and geochemistry. I'm thrilled to be joining a school that cares so deeply about undergraduate education, and I look forward to this next phase of my career! 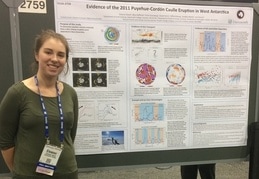 October 2016
A special issue of Paleoceanography features research from the WAIS Divide ice core project, including some of my PhD work on past volcanic eruptions. The issue includes articles published in AGU journals through May 2016. What an amazing experience and privilege it has been to be a part of this project! 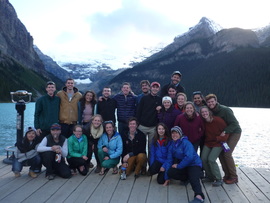 Here we are at Lake Louise.

July 2016
Just back from a successful field season in Alaska with Dartmouth undergraduate and graduate students. Looking forward to analyzing our new snow and sediment samples to evaluate dust provenance in central Alaska!

​Here we are with all our gear, about to depart Denali Base Camp by ski plane.
December 2015
Congratulations to Patrick Saylor (Dartmouth thesis student) and Judy Pu (MIT, Lamont summer intern) on their poster presentations at the AGU Fall Meeting!

March 2015
I'm excited to share the news that I'll be joining the Dartmouth College Department of Earth Sciences in the fall on a three-year fellowship from the Dartmouth Society of Fellows! Here's the announcement from Dartmouth.

January 2015
The Lamont-Doherty Earth Observatory Summer Intern Program will soon be accepting applications. If you are an undergraduate interested in doing earth science research over the summer in a stimulating and supportive environment, please see this website for information on how to apply. My colleagues and I are looking for an intern to work on a project entitled, "How old is the dust? Can we use K-Ar to show where dust comes from in the Southern Hemisphere?" Check it out on the Lamont website, and contact me if you are interested and/or have any questions!

June 2014
Our paper on the Southern Hemisphere westerlies was just published in Climate of the Past. In it, we use changes in the sizes of dust particles trapped in the WAIS Divide ice core to reconstruct past variability in the winds that blow around Antarctica. The article can be found here.

March 2014
LiveScience picked up the story of my New Zealand field season in this article by Laura Poppick.

The essay shows pictures from my recent field season and explains why I went to New Zealand to collect dust samples generated during the last ice age. Now I'm back in the lab, processing these new samples. Stay tuned for the results!

Average wind speed (colors) and direction (vectors) in the North Pacific
December 2013
I'm excited to announce that my colleagues and I were just awarded a $10,000 grant from the Lamont Climate Center for a project entitled Assessing Northern Hemisphere westerly wind variability in the North Pacific during the past millennium!